Suriname (/ˈsjʊərɪnæm/, US also /-nɑːm/, also sometimes spelled Surinam), officially known as the Republic of Suriname (Dutch: Republiek Suriname [reːpyˌblik syːriˈnaːmə]), is a country on the northeastern Atlantic coast of South America. It is bordered by the Atlantic Ocean to the north, French Guiana to the east, Guyana to the west and Brazil to the south. At just under 165,000 square kilometers (64,000 square miles), it is the smallest sovereign state in South America.[note 1] Suriname has a population of approximately 558,368,[8] most of whom live on the country's north coast, in and around the capital and largest city, Paramaribo.

Suriname was long inhabited by various indigenous people before being invaded and contested by European powers from the 16th century, eventually coming under Dutch rule in the late 17th century. As the chief sugar colony during the Dutch colonial period, it was primarily a plantation economy dependent on African slaves and, following the abolition of slavery in 1863, indentured servants from Asia. Suriname was ruled by the Dutch-chartered company Society of Suriname between 1683 and 1795.

In 1954, Suriname became one of the constituent countries of the Kingdom of the Netherlands. On 25 November 1975, the country of Suriname left the Kingdom of the Netherlands to become an independent state, nonetheless maintaining close economic, diplomatic, and cultural ties to its former colonizer. Suriname is considered to be a culturally Caribbeancountry, and is a member of the Caribbean Community (CARICOM). While Dutch is the official language of government, business, media, and education,[12] Sranan Tongo, an English-based creole language, is a widely used lingua franca. Suriname is the only sovereign nation outside Europe where Dutch is spoken by a majority of the population. As a legacy of colonization, the people of Suriname are among the most diverse in the world, spanning a multitude of ethnic, religious, and linguistic groups. 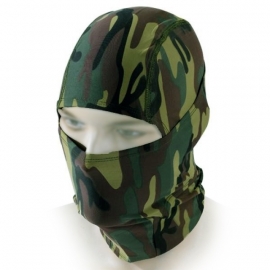