The Indian Chief is a motorcycle that was built by the Hendee Manufacturing Company and the subsequent Indian Motocycle Company from 1922 to the end of the company's production in 1953. The Chief was Indian's "big twin", a larger, more powerful motorcycle than the more agile Scout used in competition and sport riding.

When Indian resumed civilian production after World War II, they revived only the Chief line. Production of Indian motorcycles ended with the last Chief made in 1953.

Native Americans, also known as American Indians, Indigenous Americans and other terms, are the indigenous peoples of the United States, except Hawaii and territories of the United States. More than 570 federally recognized tribes live within the US, about half of which are associated with Indian reservations. The term "American Indian" excludes Native Hawaiians and some Alaskan Natives, while "Native Americans" (as defined by the US Census) are American Indians, plus Alaska Natives of all ethnicities. The US Census does not include Native Hawaiians or Chamorro, instead being included in the Census grouping of "Native Hawaiian and other Pacific Islander".

The ancestors of living Native Americans arrived in what is now the United States at least 15,000 years ago, possibly much earlier, from Asia via Beringia. A vast variety of peoples, societies and cultures subsequently developed. Native Americans were greatly affected by the European colonization of the Americas, which began in 1492, and their population declined precipitously overwhelmingly due to introduced diseases as well as warfare, including biological warfare,[3][4][5][6] territorial confiscation and slavery. After its creation, the United States, as part of its policy of settler colonialism, waged war and perpetrated massacres[7] against many Native American peoples, removed them from their ancestral lands, and subjected them to one-sided treaties and to discriminatory government policies into the 20th century. Since the 1960s, Native American self-determination movements have resulted in changes to the lives of Native Americans, though there are still many contemporary issues faced by Native Americans. Today, there are over five million Native Americans in the United States, 78% of whom live outside reservations.

When the United States was created, established Native American tribes were generally considered semi-independent nations, as they generally lived in communities separate from British settlers. The federal government signed treaties at a government-to-government level until the Indian Appropriations Act of 1871 ended recognition of independent native nations, and started treating them as "domestic dependent nations" subject to federal law. This law did preserve the rights and privileges agreed to under the treaties, including a large degree of tribal sovereignty. For this reason, many (but not all) Native American reservations are still independent of state law and actions of tribal citizens on these reservations are subject only to tribal courts and federal law.

The Indian Citizenship Act of 1924 granted U.S. citizenship to all Native Americans born in the United States who had not yet obtained it. This emptied the "Indians not taxed" category established by the United States Constitution, allowed natives to vote in state and federal elections, and extended the Fourteenth Amendment protections granted to people "subject to the jurisdiction" of the United States. However, some states continued to deny Native Americans voting rights for several decades. Bill of Rights protections do not apply to tribal governments, except for those mandated by the Indian Civil Rights Act of 1968. 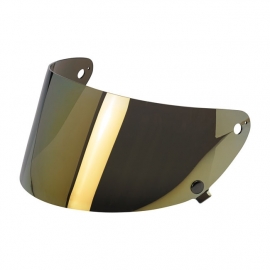